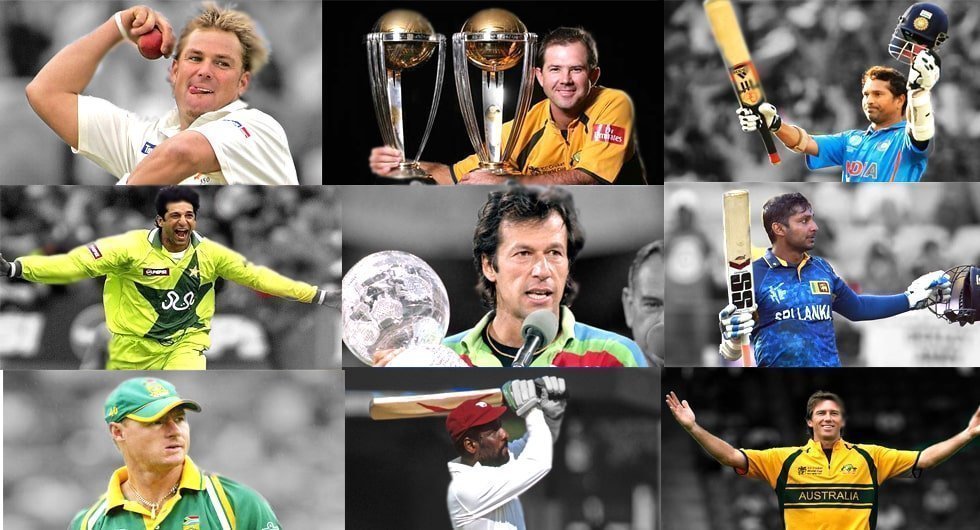 Cricket world cup is the international championship of One-Day International (ODI) Cricket, organized by the sport’s governing body, the International Cricket Council (ICC). The world cup is organized after every four years, and the event was first organized in 1975 in England. Soon after the first edition, this event was organized regularly by the ICC, and now the ongoing ICC World Cup 2019 is the 12th edition of the World cups. The governing body continuously brought evolution and changes to the event for the better experience of the cricket to the spectators.

HISTORY OF THE WORLD CUP EVENTS:

The history of this precious event is so interesting and has so many ups and downs. It’s worth to look back and enjoy moments that these events bring in our lives. let’s have a look at the history of the world cups, how it started, progresses and what changes and evolution make it so successful as it is right now.

Before the world cup

The first international cricket match was played in between Canada and the United States on 24 and 25 September 1844. Cricket was included as an Olympic sport at the 1900 Paris games, in which Great Britain defeated France to win the gold medal. This was the only appearance of the cricket at the Olympics.

In the early 1960s, the English county started to play a shortened version of cricket which only lasted for one day.

The first 3 events (1975-1983) were organized in England because at that time only England had the resources to host such kind of mega-events. The events were named prudential cup after sponsored by Prudential plc. The event consists of 60 0vers for each side wearing white kits and playing with red cricket balls.

In 1975, the first tournament started on the 7th of June, in which West Indies defeated Australia by 17 runs and won the first mega event of the cricket world. Roy Fredricks of West Indies was the first guy who got hit-wicket in the One Day Internationals in the final of world cup 1975.

In 1979, the second edition of the prudential cup was organized. The event was hosted by England again. West Indies consecutively won their 2nd title of the world cup, by defeating the hosts England by 72 runs. Sri Lanka and Canada were introduced to the mega-events in this edition.

In 1983, the event was hosted by England again, where India upset the defending champions West Indies by 43 runs in the final. Sri Lanka at that time become the test playing nation, while Zimbabwe qualifies for the mega event through ICC Trophy. 30-yard circle was introduced and field restriction was introduced in this edition (4 fielders remain in the circle at all times).

This edition was jointly hosted by Pakistan and India, the first world cup outside England. In this edition, Australia won the title by defeating England by 7 runs, the closest margin ever in the world cup final history. In this edition, the game was reduced to 50 overs per innings because of the shorter daylight hours in the Indian subcontinent as compared to England’s summer.

This edition was jointly hosted by Australia and New Zealand. In this edition, Pakistan won the championship title against England by 22 runs. There were so many changes made in this edition like color kits, playing with the white ball, day/night matches and changes in the field restrictions and rules. South Africa was played at the mega event the first time in the 1992 edition.

This edition was hosted by India, Pakistan, and some of the group stages matches by Sri Lanka too. In this edition, Sri Lanka won the title against Australia by 7 wickets at Lahore. This edition had a bit of drama at the semi-final stage where India seems to lose against Sri Lanka and Indian spectators started a protest against the performance of their team India. Sri Lanka was declared as a winner of this semi-final.

This edition was hosted mainly by England while some matches were hosted by Ireland, Wales, Netherlands, and Scotland. In this edition, Australia gets over the line and won the championship title against Pakistan by 8 wickets. 12 teams took part in this world cup.

This edition was hosted by South Africa, Zimbabwe, and Kenya. in this edition,  the defending champion Australia comfortably defend their title against India and won their second consecutive and overall 3rd title by 125 runs. Australia posted a mammoth total of 359 in the final against India which is the highest total in the world cup final history. 14 teams participated in this edition.

This edition was hosted by West Indies. In this edition, Australia was again in the final of world cup defending their title against Sri Lanka, which they did it again and defeated Sri Lanka by 53 runs and become the only team to win world cup title thrice consecutively. By the end of the world cup, Australia had a winning streak of 29 games which was the proof of their consistent performance.

In this edition, 16 teams participated for the world cup title where Pakistan had an upset defeat against debutant Ireland in the group stage match. Pakistan’s coach Bob Woolmer found dead in his hotel room on the very next day due to a heart attack.

This edition was hosted by India, Sri Lanka, and Bangladesh together. In this edition, India was in the final against Sri Lanka where India defeated Sri Lanka by 6 wickets in Mumbai. Teams were reduced to 14.

Pakistan was also the joint host of this edition but due to the terrorist attack on the Sri Lankan side in 2009, Pakistan was stripped out the right to host international matches.

At group stage match, Pakistan beat Australia which breaks their winning streak of 35 matches that began on 23 May 1999.

The ongoing edition of world cup 2019 was full of thrills, upsets and exciting cricket and now it is in its final moments. We have 2 finalists England and New Zealand, and both the nations were never won the title before s we have surely a new champion this time. Both the teams are very balanced, energetic and try their best to win the title and bring it home. Hope so we have a thrilling and nail-biting final from the lords. For a further update and informative blogs, stay tuned…

The Final Match of World Cup 2019. ENGLAND vs NEW ZEALAND (ENGvNZ)
BEN STROKES IS SORRY FOR WHAT HE DID!