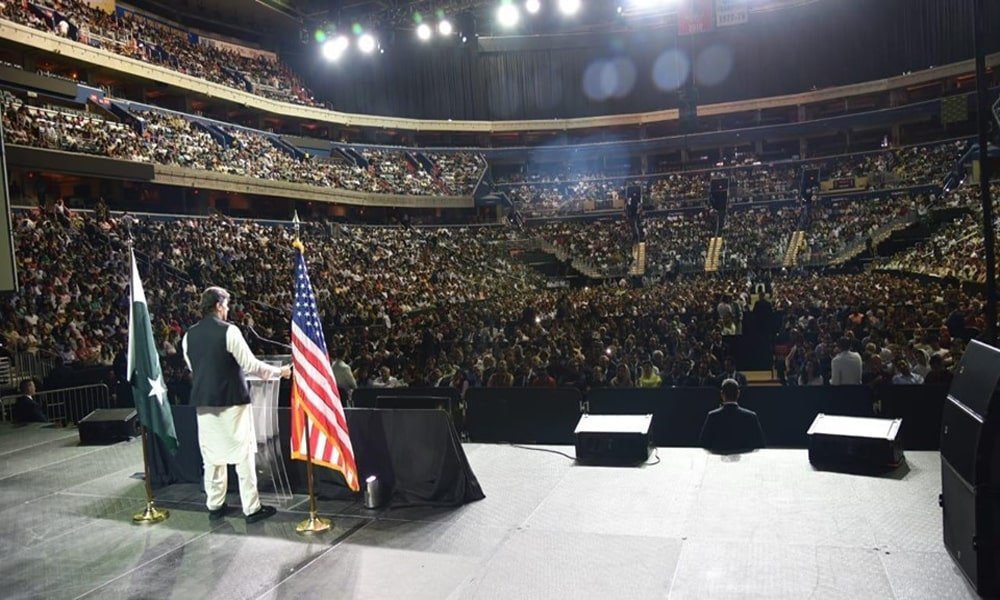 The Great Imran Khan is counted amongst the greats of the Cricket. Imran Khan was a former skipper of Pakistan Cricket Team and the captain of World Cup champions team of 1992. Imran Khan not only had a successful cricket career but whatever he touched in his life turned to gold. After finishing his career of a high right after the 1992 World cup, IK took the path of a philanthropist and proved his metal by building the first free cancer hospital in Pakistan and then several universities. He then stepped into the politics and 20 years later he is now the Prime minister of Pakistan.

Imran Khan is currently on an official state visit to the USA and attended a huge gathering of Pakistani community in the US. While addressing the biggest American Pakistani gathering of around 30,000 people in Capital one Arena he said he will now build a Champion team. A better team before the next world cup.

WHAT DID IMRAN KHAN PROMISE?

MS Dhoni out of Indian Team! Hardik, Vijay also out! Virat to save captaincy.
Lasith Malinga Retiring from ODI Cricket