Lowest total ever for England at home! 20 wickets scare show at Lord’s

There were 20 wickets in the day where the sky was blue. England recovered somewhat dismissing Ireland on a fairly low total, however, still trailed by 122 runs. England would have to come up with something spectacular. Here are the match details and England’s performance summed up for you. 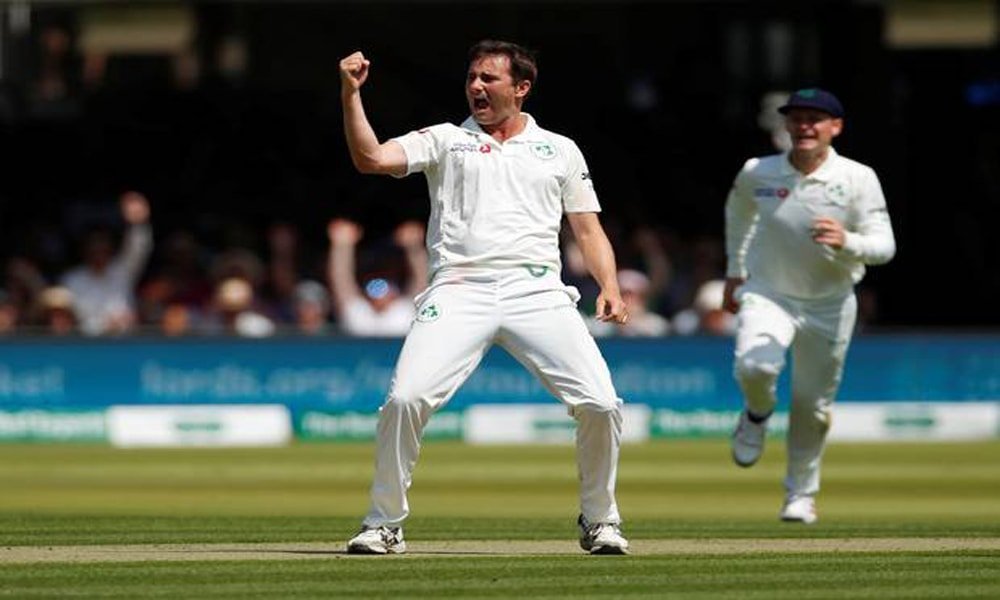 England vs Ireland was anticipated much like a practice match rather than serious combat from England perspective. England rested their finest players i.e. Ben Stokes and Buttler and expected it to be a walk in the park against inexperienced Ireland. But Cricket is a funny game!

The English horror Show with the Bat

England was bowled out for a mere 85 runs total. It was the biggest shocker for the fans after an eventful World Cup final on the same ground. English team, the new champions in ODI cricket were taken under the pump by Tim Murtagh and Mark Adair. The Irish bowlers didn’t even have to bowl their full quota of overs as the English side could only manage to play 23.4 overs in a test match at home. Yes! let that sink in for a minute.

Irish started off cautiously as they should have and William Porterfield along with James McCollum and Andrew Balbirnie laid the necessary foundation of a good score followed by a sparkling inning by Kevin O’Brien who played some delightful shots for his 73* runs innings and was not out till the end. Sadly the lower middle-order collapse restricted Ireland’s total to 207 runs only curtesy some fine bowling by Stuart Broad, Sam Curran, and Olly Stone getting 3 wickets each.

There were 20 wickets in the day where there were no overcast conditions and the sky was blue. England recovered somewhat dismissing Ireland on a fairly low total, however, still trailed by 122 runs. England would have to come up with something spectacular with the bat to win this from here. Irish are in this match big time and if they could repeat anything like their first innings, they should certainly end up winning a Test match at Home of cricket.

Scotland Under 19s win by 7 wickets