“THE HUNDRED” League Player Draft revealed, What about Indian Players?

“THE HUNDRED” Draft is out, But there are no Indian Players in it, Lets find out why and which players are the most expensive ones. 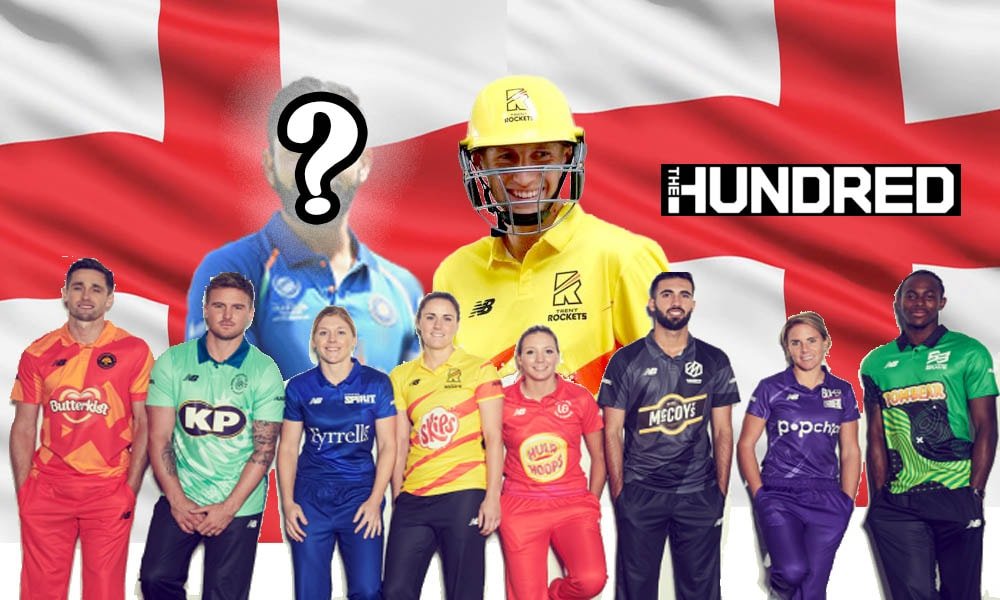 “The Hundred” league is probably the next big thing in the cricket league world as the ECB (England cricket board) and Wales cricket finalizes the league player draft with some hefty salaries for the overseas players.

The Cricket Format of this new league will not be T20 instead there is a totally new set of rules so much so that it can be referred to as a new cricket format.

The Draft has players from all over the world staring some of the biggest stars of world cricket. Here is the complete list of players and their reserved price in the draft formulated by the ECB. Teams will be picking players from this draft. Each team will be selecting 13 players and out of those 4 have to be overseas players.

SIX MOST EXPENSIVE PLAYERS IN “THE HUNDRED”

Steve Smith and David Warner are amongst the most expensive players in “The Hundred” tournament.

WHY THERE ARE NO INDIAN PLAYERS IN “THE HUNDRED” LEAGUE?

This question was asked several times to the ECB officials and they responded that this is a bit of a political issue, Previously Players from West Indies and the Indian team were doubtful to be included in the new “Hundred” tournament. West Indian players were doubtful citing clash with the CPL and some of the West Indian fixtures, however, Now the air has cleared after the new draft includes West Indies Players as listed below.

For Indian Players, BCCI does not allow them to take part in any external league (Any league other than IPL). BCCI keeps Indian players exclusive to the Indian Cricket League only. BCCI did not release any player to take part in the new “THE HUNDRED” league despite the great interest shown from ECB. Their president also expressed his interest in the matter and quoted the example of the Indian Skipper Virat Kohli who players for Surrey but could not take part in the last season due to injury.

Mitch Marsh admits his mistake. Langer calls him an idiot
MS Dhoni finally speaks up about his future