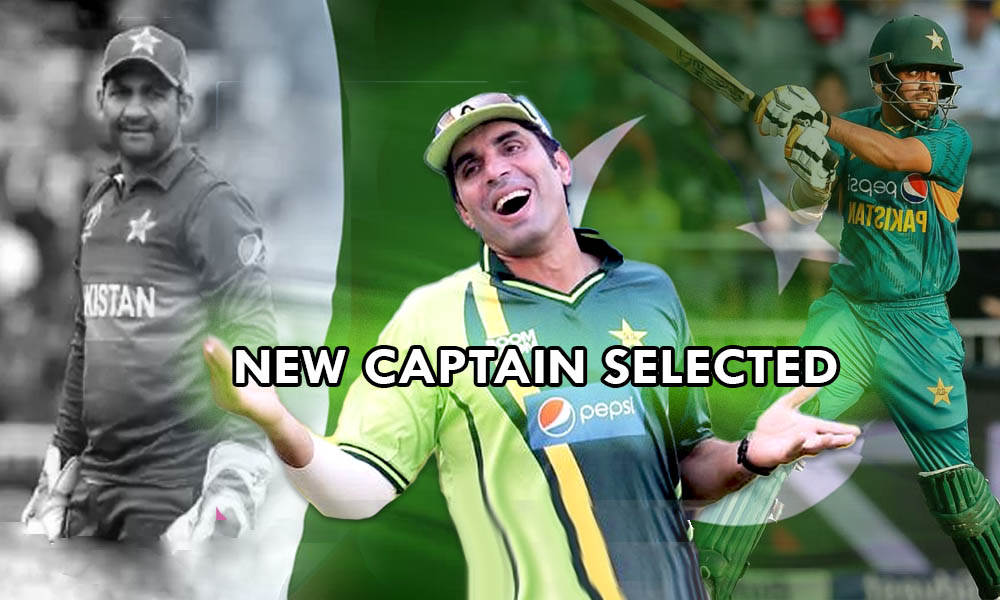 After a continues poor performance in batting department Sarfaraz Ahmed was struggling as a batsman and also as a captain in all formats, Pakistan Cricket Team had an early exit from the World Cup 2019, PAK had to face a lesser team in terms of rankings in the recent T20 series in the form of Sri Lanka. Sri Lanka was missing all its major players including Malinga. Pakistan had a disastrous performance against the visiting team and lost 3-0 to them. This raised many eyebrows and Sarfaraz’s role came under a lot of fire considering the next T20 world cup in the coming year ahead.

Babar Azam who is a proven batsman was Vice-captain of Pakistan team. He has been captaining several domestic teams. Babar Azam is currently captaining the Faisalable Team in the domestic tournament where he has scored two centuries so far, however, his team lost on both occasions. Babar Azam has also being doubled as a selfish player by some Pakistani cricket critics saying that he is not a team man as he just plays for himself.

Babar will have to prove his brass in the coming tough T20 series against Australia later this month where Pakistan is touring Australia for a 3 match T20I series.

Sarfaraz has particularly struggled with his captaincy in the Test format where Pakistan cricket team is rank on number 8 in the ICC Rankings.

Azhar Ali who is not a regular feature of the Pakistan team has now been selected by the team management as the new captain, It is shocking to say that Azhar Ali does not have “CATEGORY A” Central Contract of PCB (Pakistan Cricket Board).

Azhar Ali has previously captained Pakistan cricket team in the ODI format where he was removed for the captaincy shortly due to poor performance in back to back series. he was also removed from the ODI side right after. Now once again he is trusted to captain the Pakistan Cricket Team but in the longer format of the game. this is an important decision by the PCB considering the upcoming series against Australia. This series is part of the ICC Test Championship.

Sarfaraz is also removed from ODI captaincy along with T20 and Test captain. however as the Pakistan team does not have any upcoming ODI series in the next 7-8 months, the ODI captain is not announced yet.

Misbah ul Haq who is the chief selector and the head coach of Pakistan team along with the new Management of PCB is responsible for this fresh change in the Pakistan team.

Reports came recently about Misbah not happy with the attitude of the Pakistan former captain Sarfaraz Ahmed during the practice sessions and fitness training sessions. It was said that Sarfaraz and co were not taking the training sessions seriously and also not showing signs of disagreement towards the new approach of new management.

The decision of stipping off Sarfraz Ahmad from Captaincy came today however it was not a surprise for few considering the recent developments.

Sarfaraz has also given up Singh Team (Domestic team) captaincy yesterday in an ongoing domestic tournament, which was a clear indication of Sarfaraz knowing that what was coming.