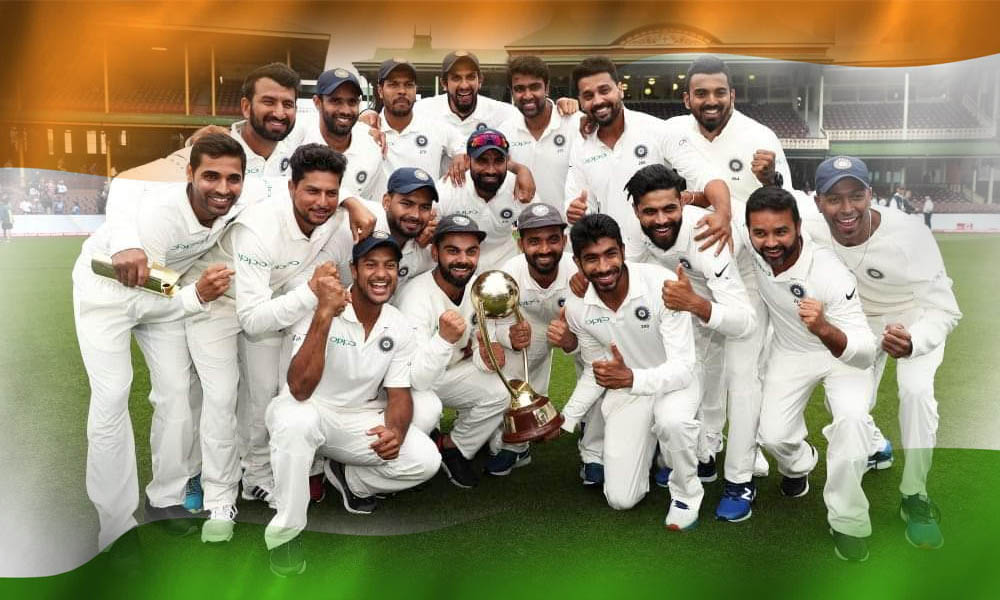 Team India whitewashed South Africans 3-0 in Home Test Series which appeared to be a totally one-sided affair in the end.

Not only Team India won all the matches convincingly but also imposed “follow-on” twice in the series. South Africa was unable to get out of the follow-on scenario on both occasions.

India had already won the series 2-0 and little was expected off South Africa going into the third Test. The third match of the Test series went on to be more one-sided and India wrapped up the match on the third day imposing the follow-on on the visitor team. Rohit Sharma was once again the star of the show scoring his maiden double century. Rohit scored career-best 212 runs on 255 balls. A Rahane also chipped in with a century, he scored 115 runs.

In the third match, the visitors (SA) found it very difficult to score and almost all the Indian bowlers were amongst the wickets. U Yadav started off the proceeding with his good 3 wickets, followed by S Nadeem M Shami and R Jadeja with 2 wickets each. Only R Ashwin could not take a wicket.

South African batsmen had a disaster start getting out early yet again in the series, only Z Hamza could get to his fifty runs milestone, he scored 62 runs, South Africa was wrapped up in only 56 overs scoring just 162 runs.

Virat Kohli decided yet again to implement Follow-on and South Africans were again put into bat, and yet again they started off rather poorly losing too many wickets, they lost 3 quick wickets before the day was called off.

This time M Shami took the lead in bowling and got 3 wickets, South African s were summed up for just 132 runs, India won by 202 runs and an innings.

You can always watch live cricket streaming of your favorite matches here, click below match to review the Live Channels option in order to enjoy cricket live stream.

Babar Azam selected as the new Pakistan captain, Sarfaraz Ahmed Removed
MS Dhoni Training Hard but he needs to prove it in IPL